As TV screens around the country are dominated by the unrest in Baltimore, the streets of this beloved running city have become unsafe for local runners.

Organizers have had to cancel a number of races this weekend including events to raise funds for AIDS and ALS Research.

“After careful consideration, we have made the difficult decision to CANCEL the 2015 Fiesta 5K for ALS Research that was to be held in downtown Baltimore on Saturday, May 2,” Organizers wrote in an email. “Given the civil unrest that has transpired in Baltimore City this week, and not wanting to divert the city’s resources during this challenging time, we believe that calling off the event is the smartest and best option to ensure the safety of our participants, sponsors, vendors and volunteers.”

“We closed our stores yesterday just for the safety of our staff,” Brian Nasuta, who is working at Charm City Run in downtown Baltimore, said on Wednesday. “I am working by myself right now. We sent employees home. We may close early this afternoon.”

Nasuta continued: “We are praying for Baltimore and making sure that everyone is safe. We are encouraging people to use some of the local gyms if they have memberships. Lay low and stay away from running in downtown right now.”

“C25K/5K-10K Training Group will not be meeting tonight due to the current unrest. Please stay safe!” one user wrote in the Baltimore Road Runner’s Facebook group.

“There will be no BRRC training this week at any location due to the current unrest,” another wrote.

The Baltimore Running Festival posted this on their Facebook page: “URGENT NOTICE: Due to security concerns at nearby Security Square Mall, today’s scheduled Frederick Running Festival packet pickup at the Sports Authority in Catonsville has been relocated to Corrigan Sports’ office in Elkridge.”

“This is what’s left of a family-owned sports store in #Baltimore,” NEWS4 I-Team wrote on Facebook with this photograph: 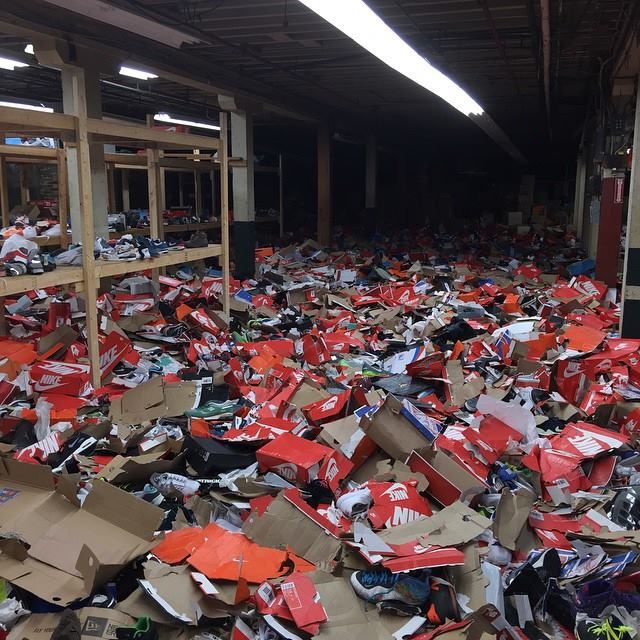 “We are canceling our run for tonight,” says Kelly Maurer, Charm City Run director of training. “This is supposed to be their last run before a spring half marathon. It would be short — maybe only three miles, but safety-wise we just aren’t risking it by putting them out there. We want to protect their safety.”