Home Fitness Expectation vs. Reality: 5 Ways I Thought Running My First Marathon Would... 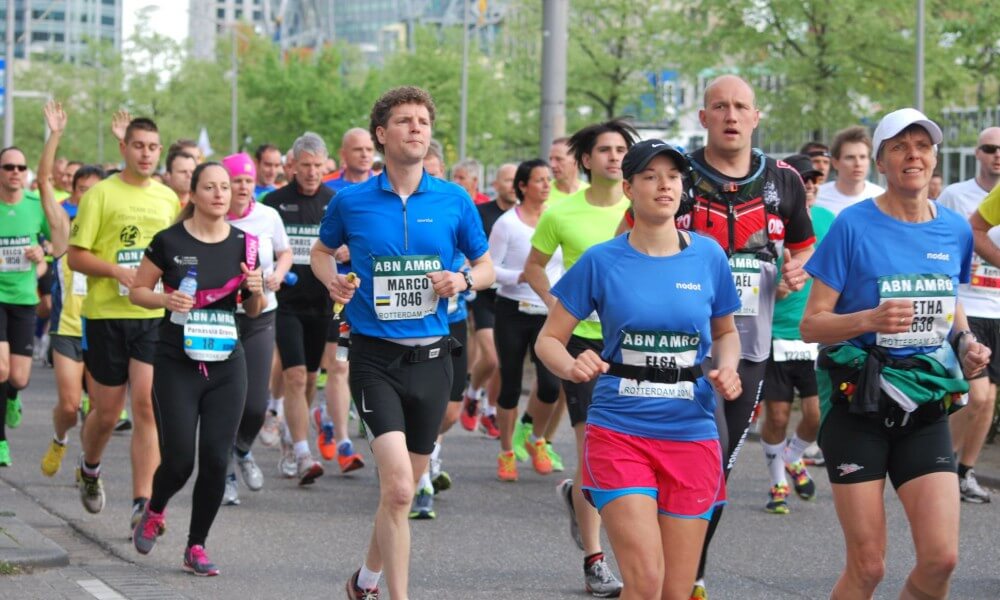 Expectation vs. Reality: 5 Ways I Thought Running My First Marathon Would Be Different

My entire life I had never been a runner. In fact, I hated running. Then in my 41st year of life, I decided to train for and run a marathon because I needed to get out of the house. It would be the Rock ‘n’ Roll Arizona Marathon on January 18, 2009. Suffice it to say, I was naïve about the ways of the marathoning world.

Expectation – I imagined that I would calmly and serenely make my way to the start line, taking time to do some quiet mental preparation as I consumed a nice, light breakfast consisting of a bagel and a banana. Perhaps I would take a moment to warm up and visit the porta-potty for some pre-race unloading.

Reality – As I stood alone on the dark corner in front of my hotel at 4 a.m., I was nearly crapping my pants with anticipation. The bus that would take me to the start arrived late, further fueling my anxiety. I could not eat a thing because I was nauseous with nerves. Arizona in January is freezing in the morning. I had no clue about bringing “throw-away/thrift-store clothes” to the start line. I stood shivering beside a generator for warmth for an hour, all the while sucking in exhaust fumes. Never made it to the bathroom.

Expectation – During training, I had tried to take in a gel every hour or so. My carefully orchestrated fuel plan for the marathon included consuming one gel every six miles or so for a grand total of four gels. I meticulously safety-pinned these gels to my singlet (I still have no clue why I didn’t use pockets – newbie move, I guess) and didn’t give it a second thought.

Reality – At mile 18, it was time for my third gel. When I finally got it unpinned (!) and attempted to squeeze the oozing strawberry/banana GU into my mouth, I gagged. I had only taken two gels during the race, but my body fought back when I tried to give it more. Force the gel down and I might throw up. I threw it on the ground, preferring not to puke during my first marathon.

Expectation – I was terrified of the other runners. They would all be crazy fast, fit and snooty. They had all probably run 20 marathons before this one and were so seasoned they wouldn’t give me the time of day. Hell, they might even trample me at the start.

Reality – The runners at the start and throughout the race were some of the friendliest types I’d ever encountered. As we nervously made small talk waiting to start, I realized I was amongst an inclusive, not exclusive, group. Runners are cool!

Expectation – Having never run further than 20 miles in training (or in my entire life), I had no clue if I would even be able to complete the last 6.2 miles of the marathon. I questioned my training. I wondered if I would cry, crawl or quit. My greatest fear was the unknown reality that would lie beyond the 20-mile mark.

Reality – I hit 20 miles and started to suffer. My body knew we had never gone this distance before. It became a struggle to just put one foot in front of the other. I had not “hit the wall,” but I was in hell. I did learn, however, that I was stronger than I thought I was.

Expectation: If my body could take me the full 26.2 miles, I would cross the finish line with tears rolling down my face and a smile full of accomplishment and pride. I would immediately fall into the arms of my waiting husband and two children who would shower me with kisses, hugs and words of congratulations. I would drink a frosty cold beer and someone would rub my feet.

Reality: I did make it to the finish line. I did cross it with a forced smile and tears of happiness because it was over and I could finally take a dump. I spent the next 30 minutes searching for my husband and two kids. I cried again because I was tired and could not find them. I stole a popsicle from some tent and sat down on the hot asphalt and waited. When my family found me, they thought I smelled, so the hugs were short and distanced. I did, however, know how proud they were.

Was your first marathon (or race) different than you thought it would be?